The recent paper by Stanciu discussing cannabis use in pregnancy1 makes several useful and highly salient points. With a more complete understanding of the published literature further important patterns in the data emerge. They aid our understanding of the pathobiology of in utero cannabis exposure and thereby powerfully inform the community on the most appropriate manner in which to regulate cannabis and cannabinoids from an improved evidence base.

Pandemic boozehounds: Is our alcohol intake really up? Scarily so, for these people

We might not be drinking more overall during the pandemic, but there’s one group of Australians whose habits are deeply concerning: Women.

Already, women have been closing the consumption gap between the genders – men traditionally being the bigger drinkers.

The effects of the global pandemic – job losses and insecurity, home schooling and all the stress that comes with a life-altering event – have manifested in higher alcohol consumption rates among women.

Nicole Lee is Adjunct Professor at the National Drug Research Institute, and said while overall, the alcohol habits of Australians have remained fairly steady, it was a completely different story for women.

“There’s a number of studies that have linked that to additional home duties – trying to juggle working from home with homeschooling, and typically those kinds of activities fall to women in the family and now there’s extra pressure,” Dr Lee said.

“It does look like women are much more affected, and then also their mental health is being affected by that as well.”

A similar trend was noted by a team from La Trobe University, in a paper published on Tuesday.

Its authors noted: “In the context of COVID-19, large proportions of the population have been required to work from home and supervise their child/ren’s remote learning.

“Recent polls suggest increased psychological distress among parents, particularly mothers, who are more likely to bear the burden of
multiple roles as workers, parents and teacher’s aides – which may translate to increases in consumption.”

The report also highlighted an Australian study from the Global Financial Crisis in 2008, where it found men were more likely to turn to the bottle to cope with stress – perhaps related to job loss or financial strain.

Women, however, went to relationships with friends and family to get them through it.

The pandemic and social distancing has made those relationships ever more difficult to maintain.

Finding help – If you’re struggling there are options

When asked what was her worst memory, Jennea said that as a child during her third or fourth birthday her mother 'showed up with skinheads at my birthday party like nothing ever happened' 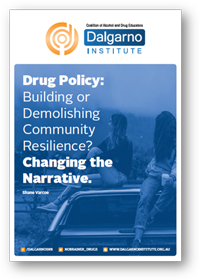 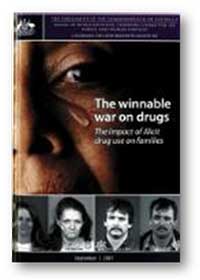 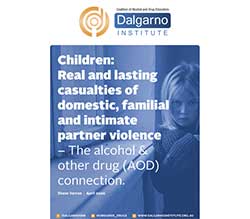