Vaping is significantly increasing Cannabis use amongst youth!

Snowflakes, easily triggered or unfairly maligned, the worsening mental health of young people became a sensitive topic during the pandemic lockdowns. In the battles over safety, children became a political football tossed about in debates about re-opening.

However, the Covid-19 pandemic did not cause these issues, but rather revealed and accelerated them.

Self-harm and anxiety disorders among adolescents have already been increasing across the Western world. Just as the pandemic was speeding up historical trends such as digitisation, the statistical rise in youth self-harm, eating disorders and substance abuse was ­already occurring.

The combination of smartphones and social media is often raised as a key factor, unique to upcoming generations.

The history of consumerism is a greater sophistication of co-­opting our primitive psychology towards the usage of goods and services. Fatty food, internet pornography and illicit drugs all prosper from sparking the same neural pleasure pathways. Social media and technology take this to another level by exploiting our insecurities about status, connection and belonging in a hierarchy.

This puts a greater premium on skills previously known as character like a willingness to delay gratification, something which may have been a puritanical norm for our parents but is increasingly lacking for many of our children.

The most effective period for investments in both cognitive and non-cognitive skills are the early years. Nobel laureate and economist James Heckman argues it is when we are the most malleable, flexible and able to be imprinted by parents and culture.

Children used to be useful but are now protected. Before they were teenagers they worked the fields, helped in mills or cared for their siblings. From the moment of birth, people were enmeshed in a complex web of obligations. Now the primary role of parents is to cultivate their children. As Jennifer Senior outlines in her book All Joy And No Fun, no longer are parents custodians of old traditions but are instead required to invent new ones.

Educational psychologist Donna Cross of the University of Western Australia argues that as other sites of community and character formation have declined, schools have acquired more pressures to rectify the fragmentation. Teachers become unofficial parents of children from broken families, especially in lower socio-economic areas. There is a greater therapeutic focus in schools.

In lower socio-economic groups, emotional disturbance may be expressed, especially among boys, through bad behaviour, whereas among the middle classes neuroses is more common. The greater medicalisation of middle-class distress, which adds greater legitimacy and even privileges through disability provisions, is widening the education and character divide.

This is a pointer that the potential decline in character traits is also growing among the wealthy, evidence that affluence can undercut discipline.

An especially important aspect in discussing youth mental health is the paucity in idioms of suffering. Young people have fewer myths to set context to adversity. This may also explain the huge popularity of Harry Potter, a set of stories that is now arguably competitive to the Bible as a sacred text for upcoming generations.

An aspect of psychologist Jordan Peterson’s success is his ability to articulately communicate Biblical stories and Jungian concepts such as universal archetypes. Jung teaches that meaning in life comes not just in “love and work”, as Freud said, but is made intelligible through recurring cultural patterns, namely myths.

We live in times of great prosperity but can lack purpose. There can be a sterility to modern life as we accumulate ever larger amounts of wealth. A sense of the sacred is largely snuffed out, as is the place of ritual which connects us to groups or spirituality. Traditional religions have become vestiges of the past. We are not sure how to revive ancient traditions for a modern polyglot world. The revival of Anzac Day, driven in large part by young people, is evidence of a yearning for such ritual and shared stories.

It was Martin Seligman who said that “poverty is a state of present mindedness”. Overcoming the loss of self-reliance requires ending the dependency feedback loop of a society which encourages safetyism, gratification from the smartphone and the avoidance of all risk. This has the effect of creating psychological fragility and an inability to deal with the vagaries of life, which creates demand for even more protections.

The development of such skills, which may have once been called character, is arguably the central task of any civilised society.

The non-cognitive skills of character – particularly of persistence, prudence and the deferral of gratification – are being undermined. In combination with a lesser capacity to make sense of suffering and adversity, future generations are ill-equipped to cope with the avalanche of instant gratification vehicles that are now perpetually accessible.

E-cigarettes can increase inflammation in the brain, heart, lungs, and colon 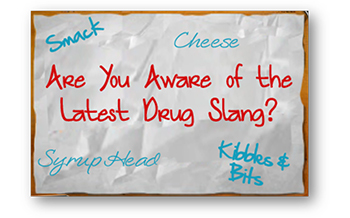